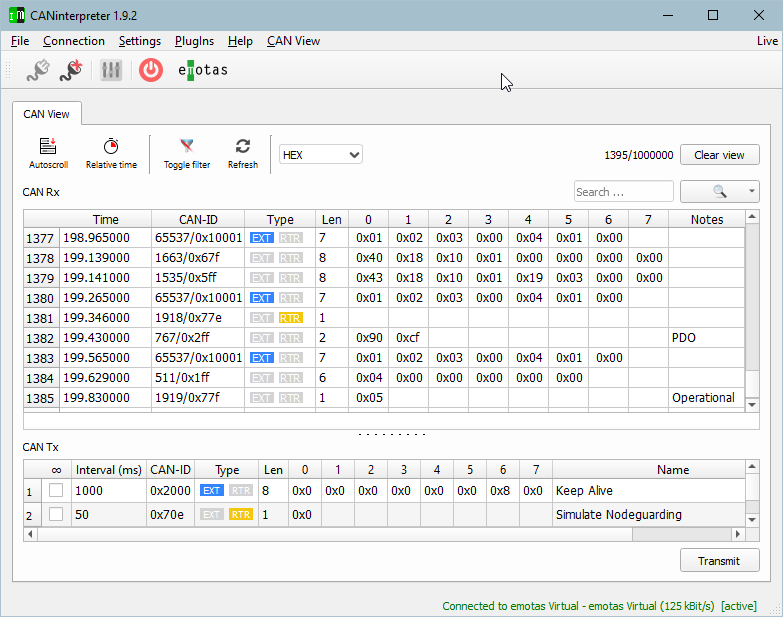 The emotas CANinterpreter is a versatile CAN and CANFD Analyzer tool for monitoring and recording of data traffic in CAN networks and its analysis according to proprietary or standardized higher-layer protocols.
A number of available PlugIns extends the range of functionality. The development of PlugIns on customers’ request is of course possible. Use cases can be e.g. use of the tool as service tool or as diagnostic tool for devices or plants.

Scripting PlugIn
The PlugIn is based on QtScript/JavaScript, extended with CAN and CANopen specific commands. By means of the plugIn it is possible to create user interfaces for example for test- or control applications. They are designed with a free UI designer.

PlugIn CANopen Interpretation
This PlugIn interprets all CAN messages according to the CANopen specification. E.g. instead of “40 17 10 00” the content is interpreted as a SDO read access to the Heartbeat producer object(0x1017). The traffic can be filtered by CANopen service and node-ID and also the contains of PDOs can be displayed according to their mapping. 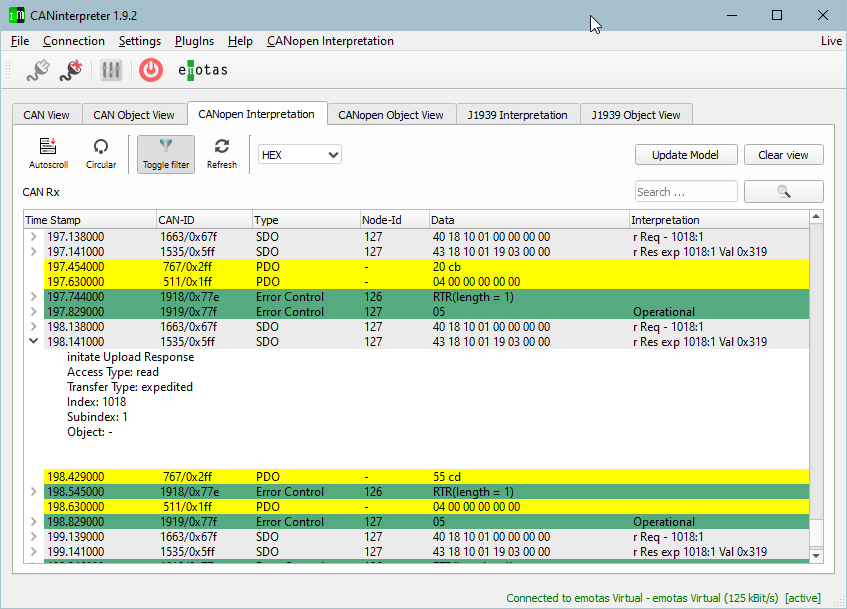 J1939 Interpretation
This PlugIn was developed especially for use with J1939 networks. It monitors the data traffic of J1939 networks and interprets all PGNs and J1939 transport protocols. 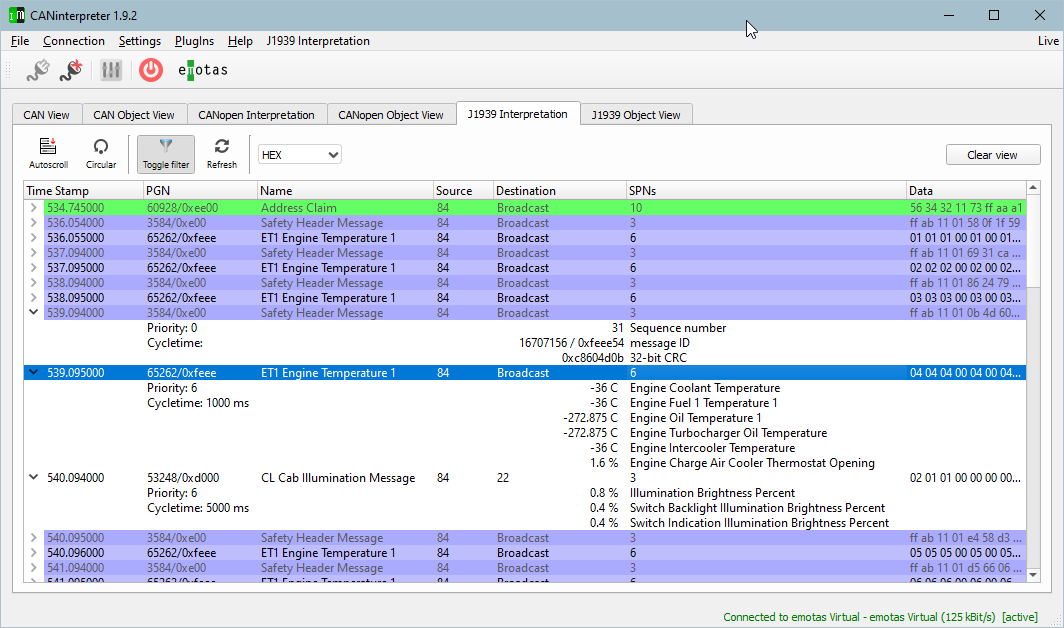 PlugIn EnergyBus Visualizing
This PlugIn was developed especially for use with EnergyBus. It monitors the data traffic of EnergyBus networks and displays the state and process data of all EnergyBus components. 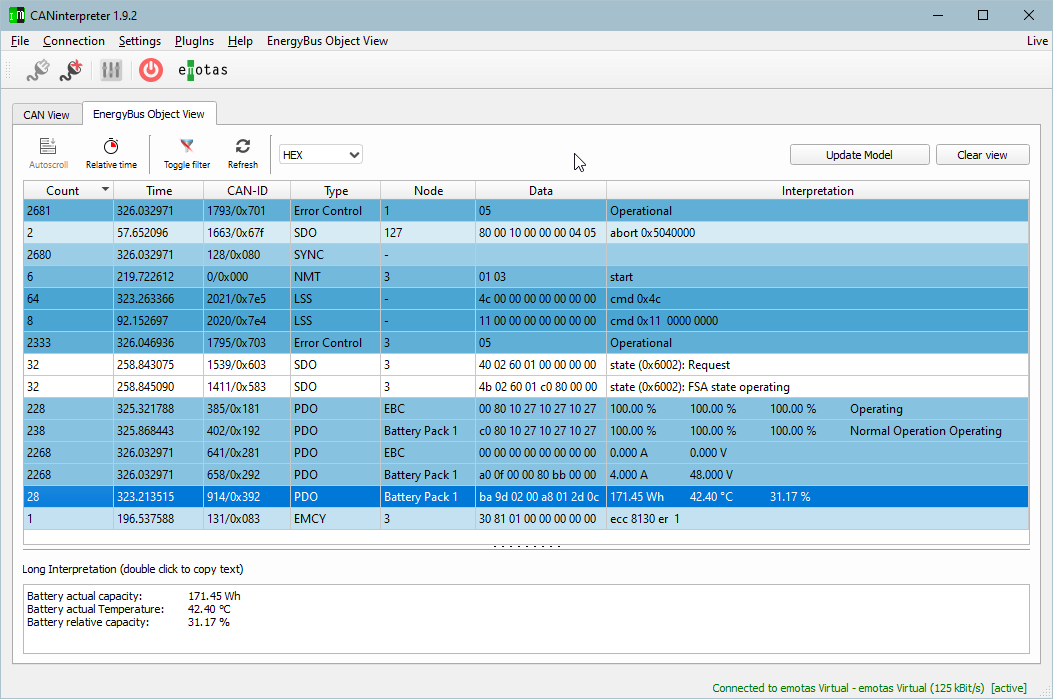 With Linux all CAN interfaces with SocketCAN-API or can4linux-API are supported. Mac OS X versions are available on request.