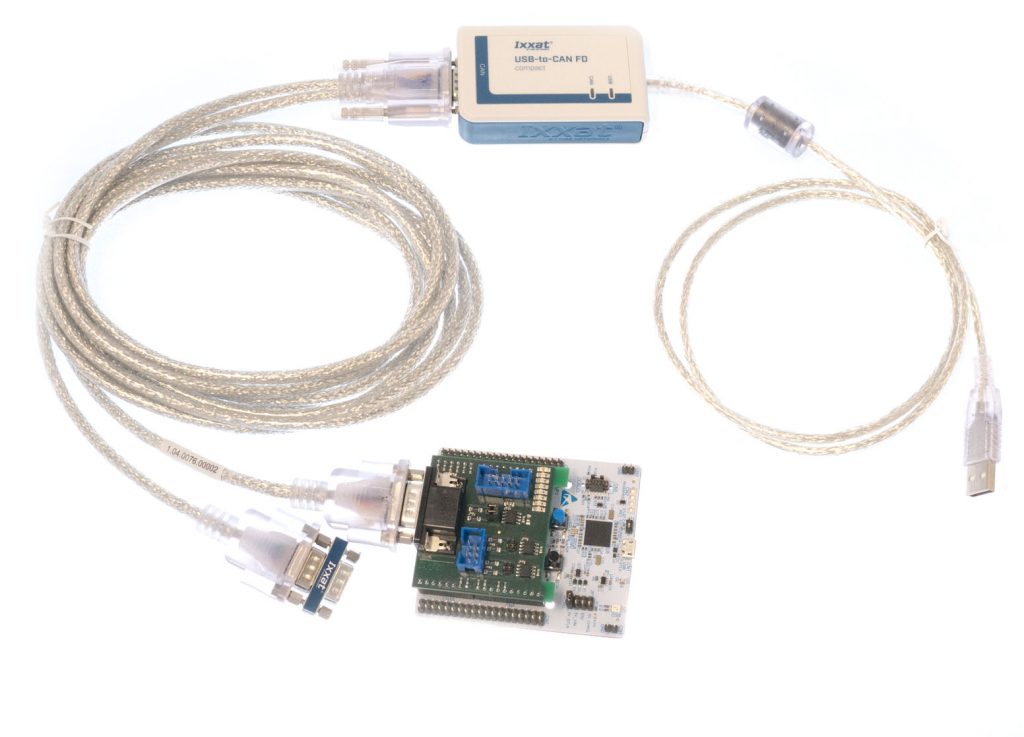 Inside the STM32G4 runs evaluation version of emotas’ CANopen FD slave stack. The stack itself is provided as binary, but the application and the object dictionary can be modified to check out all CANopen FD features. To connect the evaluation board to a PC, an Ixxat USB-to-CANFD compact is included in the starter kit.
The emotas CANopen DeviceExplorer – a PC tool available for Windows, macOS and Linux – is included as well and serves both as powerful CAN analyzer and CANopen FD master tool.

The example application simulates a digital/analog IO device, with a few real but mostly simulated values to show PDOs exceed the length of 8 bytes. Some data objects exceeding the length of 54 bytes are included to show the USDO segmented transfer as well. Additionally, the object dictionary of the CANopen FD slave application may be modified using emotas’ unique CANopen DeviceDesigner. In order to limit the usage for evaluation only, the CANopen FD binary library will stop running after an hour.
The bit-rate pair set to 500 kbit/s nominal bitrate and 2 Mbit/s data bit rate and the node-ID can be configured by the application.
So if one has multiple boards, one may set up multiple CANopen FD slave devices with different node-IDs.

The CANopen FD StarterKit, with these mentioned components, will only be shipped to countries in the European Union.