The CANopen NetworkDesigner by emotas allows to design a complete CANopen network including all devices and communication relationships. The source code for all components is generated automatically by the tool.

Devices with all their signals and communications (per PDO and MPDO) can be defined with the CANopen NetworkDesigner. The tool creates then the source code for all components within the network. In combination with the emotas CANopen Stack the CANopen NetworkDesigner guarantees a CANopen compliant realization of the design. Heartbeat producer and Heartbeat consumer relations and the connection of Emergency producer and Emergency consumer are also done automatically.

For the configuration objects of producer and consumer are shown in a table. Instead of usual CANopen notation “object 0x6041, Subindex 1” the name of the signal e.g. “‘Control Word‘ ” will leads for users to a more convenient handling. With a single click objects of producer and consumer can then be linked. Invalid linkings are impossible, because only valid links that corresponds to the CANopen data type will be displayed. The individual prioritisation of links is possible.

According to settings done by users the tool sets the PDO configuration with mapping and COB IDs of the CANopen devices. In addition the manual configuration of PDO parameters by experts is possible. Then the CANopen NetworkDesigner takes care of a valid configuration. 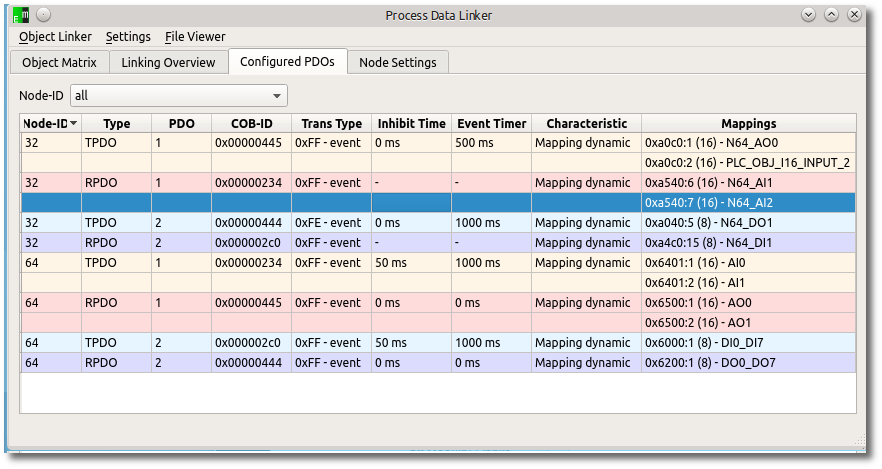