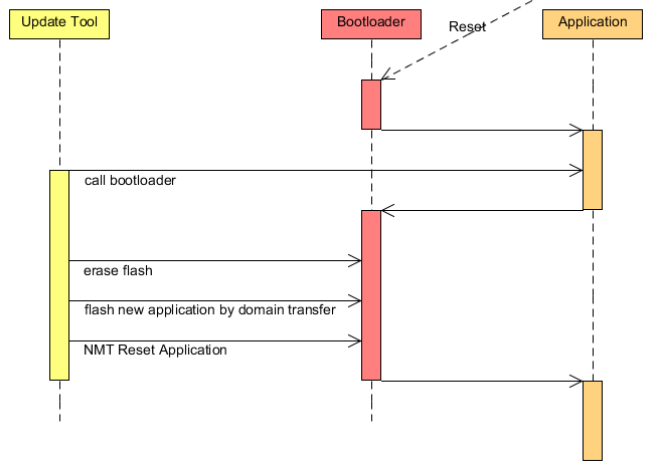 An increasing number of CANopen devices need bootloaders to update firmware in the field. The use of a complete CANopen stack for the bootloader is mostly unsuitable, because of the large flash memory footprint.
To avoid this waste of flash memory, emotas developed a new CANopen Bootloader that needs only few memory resources. The bootloader supports the necessary services (SDO, NMT slave, heartbeat producer) and objects. 16 KiB of flash memory are sufficient for the emotas bootloader – and it is still CANopen compatible.

The CANopen Bootloader is available for different 16- and 32-bit micro controllers and can easily be adapted to other targets. SDO block transfer is optionally available as well. It is delivered as ANSI-C source code and thus can be extended by customers e.g. with a password protection mechanism, firmware encryption or a manufacturer-specific back door.

For further questions, pricing and ordering information please contact us at +49-3461-794160 or service@emotas.de.