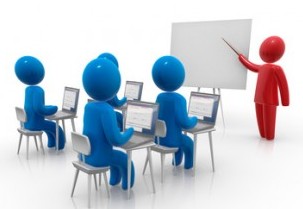 To meet the rising demand for information on CANopen and EnergyBus we are offering seminars on these issues. In April a seminar for CANopen and one for EnergyBus, the open standard for light electric vehicles will take place. The participants will be introduced into the basics of both technologies in one day each. The seminars are given in German language.

The seminar gives an insight into the functioning of the CAN based higher level protocol CANopen. It is designed for development engineers as well as for decision makers who want to get an overview over CANopen.

Basic knowledge of CAN is recommended.

The agenda is available with the following  Link. (In German language only)

EnergyBus is the open standard for Light electric vehicles (LEV) like e-bikes for example. In this seminar we will present the motivation for EnergyBus and it’s market penetration. The main part of the seminars focuses on technical characteristics of this CANopen based protocol. Especially the requirements for implementations of EnergyBus components into pedelecs will be presented.

Basic knowledge of CANopen is recommended and can be achieved with the CANopen seminar the day before. A short summary will be given in the first hour of the course.

The agenda of the EnergyBus seminar is available with the following Link. (In German language only)  |||||